Chris began his Martial Arts journey 8 years ago due for his interest in UFC. During his early days, Chris played football and cricket competitively and even nearly pursued a professional career in hockey. Being a lover of sports his entire life, Chris got back into the swing of things in his mid 20’s and begun training in Brazilian Jiu-Jitsu and Muay Thai Kickboxing.

Chris has competed in the sport of Brazilian Jiu-Jitsu many times but his main passion is learning and sharing his skills to fellow students. Now training in Echuca alongside Tina at Wickham Martial Arts, not only is he a student but also a coach. 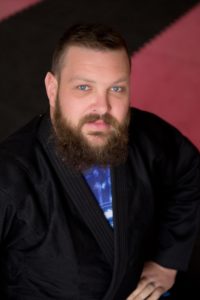